Ring in the New Year!

I'm awaiting the New Year with bells on....a wreath, a garland or a tree!


Here's the ornament and wreath I made with the bells in a country Christmas theme: 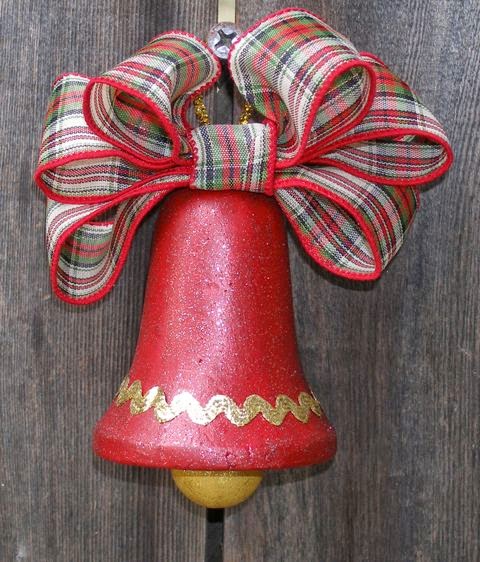 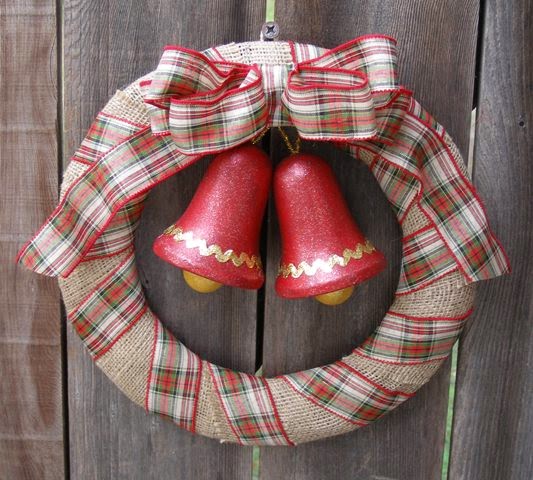 You can find the instructions for these on the Smoothfoam™ blog.

Happy New Year!
Terry
Posted by Terry Ricioli Designs at 11:12 AM No comments:

Hi Everyone!
It's pretty close to the last minute for gifts for Christmas!  I'm still shopping, card-making and prepping myself, so I thought I'd send out a quick and easy Tag Ornament.  This ornament is made using a small, arched Tag Lace-Up from Eye Connect Crafts.  This little tag has so many possibilities!

I recycled some Christmas card images for this tag, which is also made from recycled tagboard.
I painted the tag with acrylic paint from DecoArt in Antique Gold and added Worn Penny around the holes. 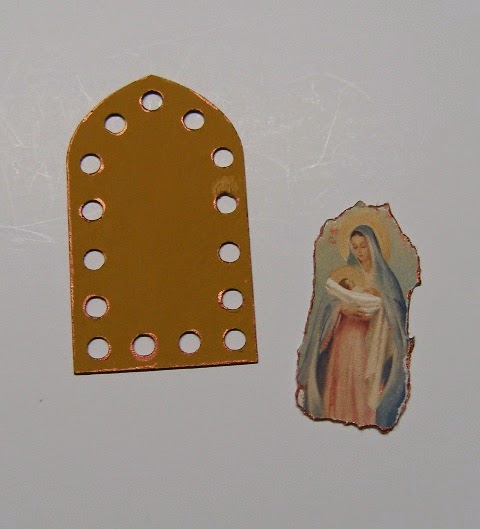 I decoupaged the image to the tag.  I did the same thing on the other side.  If you wanted to use it as a gift tag, write a message on the back instead. 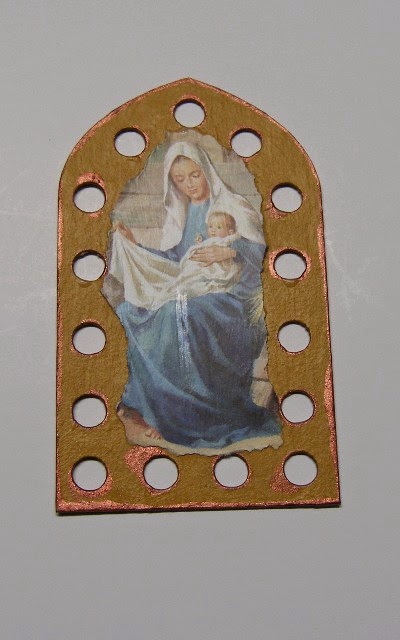 Then, lace up the ornament with trim or ribbon leaving an end at the top.  Tie the ends and you're done! 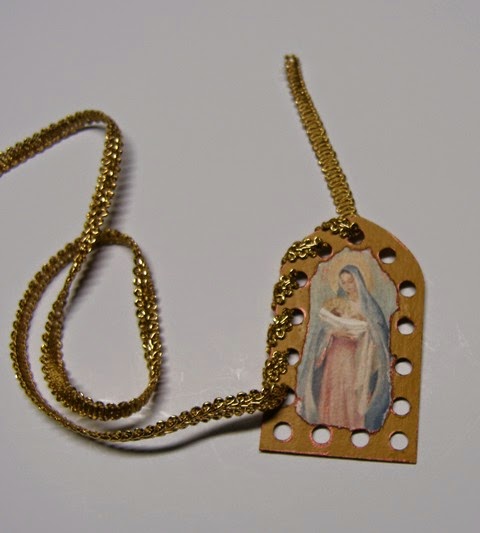 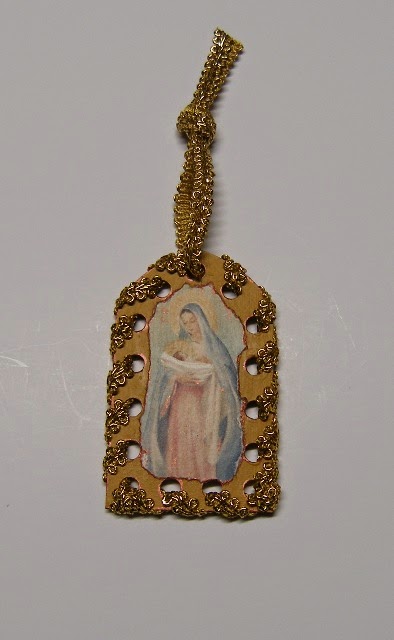 It's ready to hang on your tree or give as a gift! 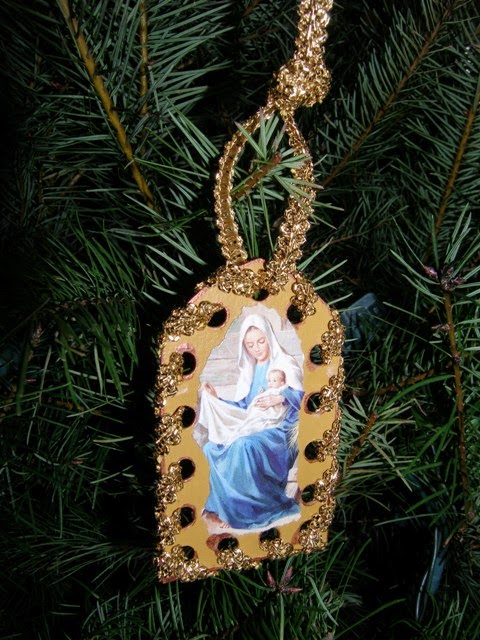 Best Wishes for a very Merry Christmas and all the best in the New Year!
Terry

Hi Everyone!
It's so much fun to see how everyone is decorating their foam balls over at the Holiday Ball on the Smoothfoam blog.  Check it out here! And, if you've created your own ornament using a foam ball, share your creativity by adding a link!

Cut gold wire into 3” pieces.  Measure and divide ball into 4 quarters.  Mark with pins or a pen.

To create “S” shape, use toothpick to start curl and curl ends in opposite directions.  Curl up ends so that shape is 1” long. To create the flat “U” shape, curl both ends in the same direction.  Shape should be about 1” long.  To create “V” shape, fold 3” piece in half and curl ends outward.  You can use a pair of round-nose pliers to begin your curls, or you can use a toothpick.  Craft wire if very easy to curl.

Here are the shapes I made:

Arrange pieces of wire on the ball and pin to ball through the swirl and at points.  Use ball head pins or sequin pins with small pearl beads.
You can see the arrangements that I used from the photos.  I put "S" shapes down two sides.

On the top and bottom, I arranged "V" shapes.

Of course, there are lots of other shapes that you can make with the wire.  Try hearts, stars or swirls!  You could even make letters or write a word or name to personalize your ornament!

See all the other ornaments on the Holiday Ball!  There's an ornament using just about every craft material including yarn, paint, paper, cord and fabric.

Posted by Terry Ricioli Designs at 9:24 PM No comments:

It's the first Monday of December!  And, that means another round of the Designer Crafts Connection.  This month we're decorating for the holidays!

This month I'll show you how to etch a slate ornament.  Ever since I heard that etchall® etching creme would work on slate, I have wanted to try it.  So, I ordered some slate pieces including the heart shape I used here.  If you have trouble finding slate, I ordered mine from Factory Direct Crafts, and I must say that the order arrived promptly and in good order.

Here's the slate ornament I designed:
I found when working with the slate that some of my stencils would not stick to the surface of the slate.  Since it is a natural material and not smooth like glass, I had to find another material for the stencil.  I had some stencil vinyl in my stash and drew a stencil and cut it out with scissors.
I removed the string from the slate and applied the stencil to the slate. I burnished the edges of the letters several times until I could see the stencil was stuck to the slate.
After masking the edges of the stencil, I applied a thick layer of etchall® etching creme and timed it for 15 minutes.
Then, I scraped off and returned the creme to its container and rinsed the stencil area.  Then, I removed the tape and stencil and rinsed the slate again.

Here it is hanging in a wreath:
I liked the way it looked, but I thought it needed a little more etching.  So, I created another stencil with holly leaves and berries.  I used punches to create the images on this one.
Then, I applied the stencil and followed the same procedure as above.
I love the rustic look of etching on slate and I can't wait to try the rest of the pieces I ordered.  If you'd like to try it, click on the little bee on the left side of my blog to order your own etchall® etching creme.

And, be sure to check out all the other designers on the Designer Crafts Connection circuit.  Use the big blue DCC button on my sidebar or go to our facebook page.


Have fun crafting and decorating!
Terry

Terry Ricioli Designs
I love to make things. I share my love of creating in my classes, with friends and family, on the web and in books and magazines. When not designing crafts and jewelry, I enjoy hiking, traveling, and getting together with family. I live with my husband on our family vineyard in beautiful Sonoma County, California.

My Designs are in Beadwork! 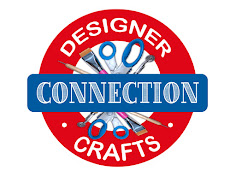 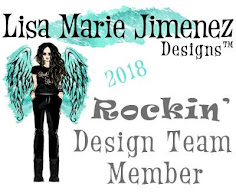 My designs are in Craft Ideas 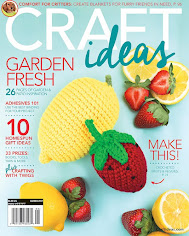 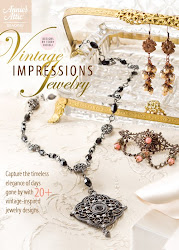 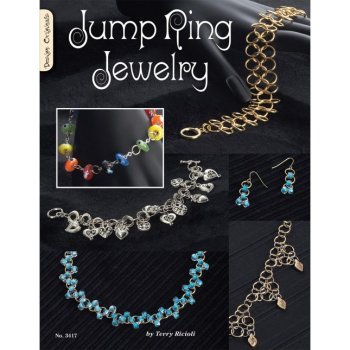 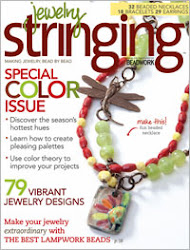 My Designs Have Appeared in: 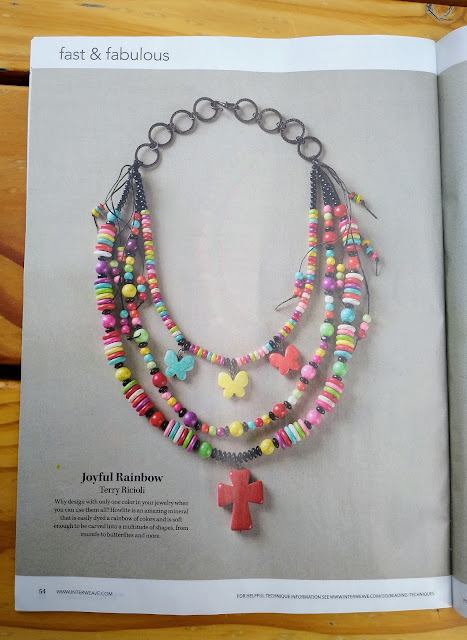